What would your suggestion be to a casino that is trying to rebrand itself? You would probably advice it to diversify on its games and promote them well. However, what Hard Rock Casino Vancouver did is nowhere close to that. It has not been long since Coquitlam casino took up the ‘Hard Rock’ brand name.

Relying on the glory of the restaurant, the casino has been able to bank on a wider demography including a younger audience that normally would not be interested in gambling. 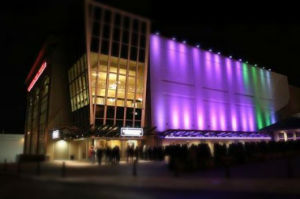 Raj Mutti, the Executive Director of the casino mentioned that it is presently focussed on making a difference in the market by giving out the message that it is not the same as other casinos. It is concentrating on offering new and varied forms of entertainment to its audience that is not restricted to a certain age group. Mutti is aware that carrying the prestigious banner of Hard Rock will give the casino the advantage of attracting even the non-gambling audience.

Many a times it happens that people do not know the range of services offered by a brand. By diversifying the branding campaigns, companies make audience aware of the several services offered by them. The Hard Rock Casino had recently been graced with the performance of legends like Slash and Ringo Starr. Association with such big names again leads to adding credibility among audience.

The casino is not just banking on famous stars to attract a wider range of audience. It also recently partnered a charitable event for SHARE Family Community Services Society. Apart from that, it has also been organising a competition named Rock the Mic Band, which is helping local musical bands make a difference.

The casino is owned by Great Canadian Gaming Corporation. The company had come up with the casino’s rebranding plan in December, last year. Apart from that, the casino also spent around $15 million in renovations, which included building four additional eateries, food and beverages outlets, and a coffee shop.