The television boom of poker has paid off for a man from Erie, Ontario. After watching televised gambling like the “World Series of Poker,” Darren Elias decided that he would try and learn to master the game. Starting out with a little less than $100, Elias built up his bankroll by playing online poker. He would eventually expand to casino games and playing poker in person. 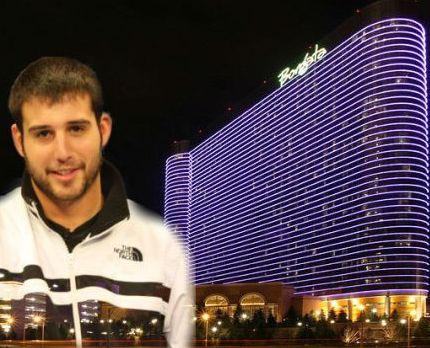 After building up his skills, Elias has made a name for himself in the poker world. His preference is Texas Hold ‘Em and that is the game where he ended up winning $843,000. He was declared the champion in the high stakes World Poker Tour Borgata Poker tournament. More than 1,000 players participated in the tournament that lasted for several days. Elias had a pretty high chip count the whole time, keeping himself confident as players were knocked out day after day. Along with the cash, Elias also won a pair of 24 karat gold Monster Headphones. The headphones are valued at $300.

Even though Elias tours all around the world to play poker, his tournament win came at a local casino where he spent many years playing. He felt more comfortable playing with dealers that he knew as he played tournaments there years ago.
This huge victory has now pushed his total casino winnings to over $5 million. It is one of the biggest single tournament prizes that he has won.

Expect to see more of Elias as he uses some of those winnings to enter more poker tournaments and expand his impressive winnings so far. Elias will continue to travel on the World Poker Tour as he makes stops in multiple countries. Check your local television listings for tapings and airings of the tournaments. Many of the final tables are videotaped for TV.