The latest winner of the massive progressive jackpot at Slotland is a 30-something IT professional from Canada. Bagging a massive payout of $169,072, the techie was competing for the instant-play slot game Tikal Treasure. Slotland’s progressive slot games have frequently hit the jackpot, offering an average payout of about $175,000 up to 5 times in a year. Michael Hilary, manager of the casino remarked that their progressive jackpots never value over a million dollars because they get hit quite often. 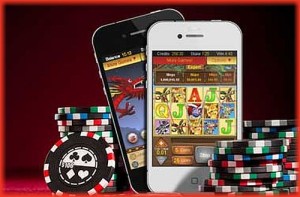 When asked what he would do with the prize money, the winner responded he would pay off his credit cards bills and go shopping. Meanwhile, he would try his luck with more slot games to continue his lucky streak. He also remarked saying that he particularly enjoyed slot games at Slotland owing to its quality, fairness and variety. He praised the transparency, ease and simplicity in making deposits and withdrawals at the casino and promised his continued patronage.

Why does the jackpot hit frequently?

One of the most important reasons that the progressive jackpot at Slotland hits very frequently is the tie up of online slot games at the casino to a single jackpot. This means that many players attempt to win the jackpot through multiple games and this is the first time that a player has won through Tikal Treasure. The first jackpot win at the casino was a total prize of $159,357 through Ice Queen and the biggest ever jackpot till date has been of $266,800, offered by Carnival.

The latest progressive jackpot winner at Slotland is a casual player who has been with the casino for over four years. Never taking it too seriously, the techie always tried to keep his games interesting and had won over $1,000 on multiple occasions. This however, is his first big win.