Any product or business needs to make sure that they have a constant stream of consumers and customers if they’re going to be successful. The Provincial Lottery is no exception. When it comes to gambling trends both nationally and globally, there is one alarming pattern that could be a red flag for serious problems down the road: millennials are not buying lottery tickets. 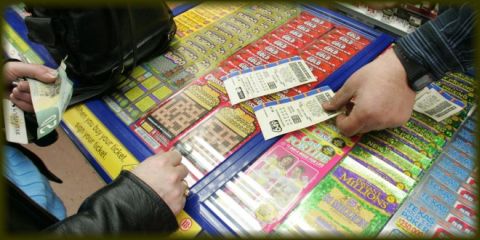 There are many reasons that the younger generation(s) have cited for their lack of wanting to participate in the tradition. While some simply don’t have the money, others are wary of the investments that may not pay off. Many millennials have watched their parents and grandparents fruitlessly spend money on tickets, in hopes of a big payoff that never came. These people, such as a 32-year-old social worker from Winnipeg, state that they wish to avoid the same fate.

Another theory amongst those who are generating the lottery tickets and games is that the younger generation doesn’t derive pleasure from the activity in the same way those before them have. The modern media and cyber-fueled world we live in has lent itself to more virtual and interactive web games picking up speed. With games such as Candy Crush Saga and the slew of BuzzFeed quizzes taking off, the paper scratch-off tickets seem to have lost their appeal. Millennials are no longer interested in things like scratch-offs and bingo games. Instead, they want the instant gratification of opening an app on their phones.

Those in charge of the Canadian Lottery system, however, have taken note of this digital age trend. The company Karma Gaming International has been working closely with Canadian lottery agencies to come up with digital and online gaming options (similar to those which have had a fair amount of success in the UK) for the provincial gambling systems. With these efforts in place, Lotto companies across the country and world may just be able to salvage their future client base before it’s too late.