There are thousands of urban legends about the highs of winning and lows of losing at casinos throughout the world. However, the truth is 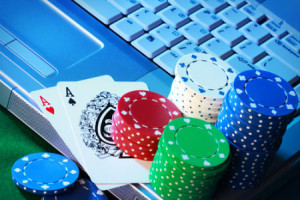 usually more exciting than fictitious stories. This article will discuss three real-life legends of gambling who completed remarkable feats of courage and skill in casinos.

In 1963, Stu “The Kid” Ungar was only 10 years old when he won his first local gin tournament in New York. Ungar began playing in Vegas and won so regularly that he was banned from playing at several casinos. In 1980, Ungar became the youngest winner of the World Series of Poker after defeating another poker great, Doyle Brunson, in the main event. “The Kid” won the WSOP again in 1981.

Unfortunately, Stu Ungar developed significant problems with drugs and debt. He went from nothing to millionaire on four different occasions. In 1997, a broke Ungar borrowed $10,000 to enter the WSOP and won an unprecedented third title. He is quoted as saying: “Some day, I suppose it’s possible for someone to be a better no limit holdem player than me. I doubt it, but it could happen. But, I swear to you, I don’t see how anyone could ever play gin better than me.”

In 2004, Ashley Revell, a resident of London, sold all of his possessions and home to raise money for a single outside bet in roulette. Revell, a professional gambler by trade, was able to raise a $135,300 for the spin and entered the Plaza Hotel and Casino placing everything on red. The ball landed on Red 7. The bet doubled his money to $270,600. Happy with his win, Revell left a $600 tip for the dealer and walked away from the casino with $270,000. Revell describes the win in his own words at CNN roulette win

In the early 1980s, Binion’s Gambling Hall advertised no limit for any initial bet. William Lee Bergstrom entered the casino with a suitcase containing $777,000. He placed his bet on the No Pass Line at the craps table. The shooter rolled a six on the first roll, was unable to hit the point on the next roll, and then rolled a seven. The Suitcase Man took his win of $777,000 and left the casino. Bergstrom would continue to employ this same method on the craps table every few months winning $590,000 and $190,000. In 1984, Bergstrom famously placed a $1,000,000 bet using the same method. He lost the wager
(Here).