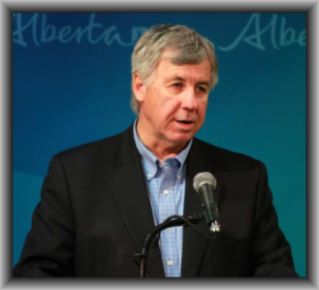 In a recent public announcement Finance Minister Robin Campbell, stated that the government of Alberta is counting on online gambling firms to increase the funding of local charities. The statement announced during the spring convention of Alberta Association of Municipal Districts and Counties emphasised on the growing profits from online gambling and how the money could be used for rural charities. The convention stressed on equitable distribution of earning from casinos as rural charities get lesser share of than city charities.

Robin Campbell stated that the government is in the process of sourcing out a vendor that can set up an online gambling center for generating income to run both rural and urban charities in Alberta.

Though it is the last province to introduce online gaming site operated by government it hopes to recover some of the $150 million that is being mopped up by grey gambling sites. The revenue from online sources is earmarked for distribution to all rural charities so that they work with same kind of payments that are enjoyed by urban casinos. There are six land-based casinos in Alberta, with a combination of more than 2042 slot machines and gaming video machines along with more than 129 table games.

Future of online gambling in Alberta

Social groups and legislatures are protesting against this move as they feel it will aggravate the gambling problem already existing in the state. They feel it was an unfair move to present the idea before public before presenting it to the legislative assembly and complete details about revenue usage and gambling guidelines should be provided to public before making it a law. Despite all these protests the program is moving at a fast pace and last month the Alberta Gaming and Liquor Commission has opened a tender to accept proposals from gambling technology providers.